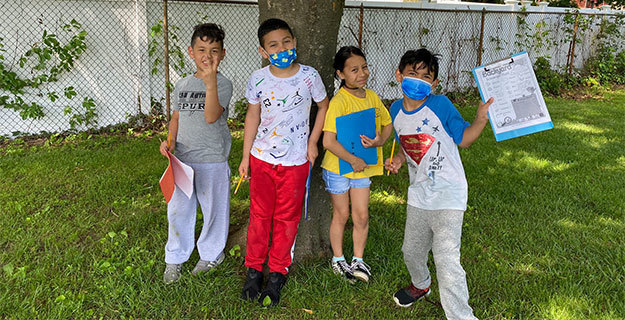 The West Hempstead School District’s ENL department has continued its efforts of supporting students in academic and social growth during the past two years.

At Chestnut Street School, Ms. Debra Schiavo works closely with her co-teachers, Ms. Jaclyn Klafter, Mrs. Lia Angelo and Mrs. Jeanellan Setera to design and implement literacy-based lessons and opportunities for students to showcase their learning. A project the students participated in this year was the FlipGrid Snow Globes, facilitated by Ms. Schiavo, in which the ENL students recorded holiday messages for their families with scaffolds put in place. In addition, Ms. Schiavo instructs the ENL students in a small group setting and utilizes the Leveled Literacy Instruction method to encourage the ENL students to become successful readers in English. Ms. Schiavo’s students leave Chestnut Street ready to tackle first grade with a variety of instructional tools to pull from. LLI has helped the ENL students with grade-level vocabulary, understanding aspects of a book and recognizing sight words.

Over at Cornwell Avenue School, Mrs. Gina Rafferty, who works with first and second grades, has worked tirelessly on building foundational literacy skills for the youngest ENL learners. Mrs. Rafferty also creates and implements highly engaging, hands-on social studies lessons with her co-teacher Ms. Jennifer Corrado to bring awareness to various topics such as humanitarians. Earlier in the spring, students worked on bringing a Little Free Library to Cornwell Avenue. Mrs. Rafferty and her students are always learning through experiences and hands-on opportunities. The ENL students are gaining extensive knowledge of the English language through linguistically rich experiences, appropriate scaffolds and authentic opportunities to apply their knowledge.

Mrs. Koula Bachas at Cornwell Avenue and her students have become prolific writers of fiction and nonfiction. Many of the students at Cornwell Avenue are new to the country within the past three years, and as part of the work in Readers’ and Writers’ Workshop, the ENL students wrote and published their own books on topics such as animals, their personal narratives and creating argumentative writing. The students are increasing their knowledge of the English language through units that emphasize student agency, and with the help of Mrs. Bachas, one of the third graders shared his writing during Literacy Night. Jasson Galdamez (Mr. Pappas) wrote and published his book in Book Creator on killer whales and recorded his voice.

Ms. Christine Walsh is the newest member of the ENL team, joining at the end of April, but she has already established a rapport with the youngest ENL students to guide them through their literacy journey.

At George Washington School, authentic opportunities for learning occur with Mrs. Erin Holtkamp and Ms. Alyssa Quagliata’s guidance. In fourth-sixth grades, the ENL students in the class with Mrs. Holtkamp created ChatterPix to share their knowledge of their person of choice for the biography unit. The ENL students recorded as if they were famous people sharing information that they collected in their writing units. There are several new fifth grade ENL students with Mrs. Holtkamp who arrived in West Hempstead within the last year. These students are creating their own published works in English through Book Creator, receiving awards given by their native English-speaking peers and increasing their use of the English language by presenting via FlipGrid and Book Creator. ENL fifth graders made significant progress on their NWEA scores and gained tremendous amounts of confidence due to the nature of the units and planning of Mrs. Holtkamp.

Ms. Alyssa Quagliata works with fifth and sixth graders and these ENL students are truly remarkable. This year, these students created community videos using MyMaps and FlipGrid, developed presentations for their classmates about their home countries, and are in the process of creating a virtual tour of George Washington to be shared with the incoming third graders and any new entrants in the district. Finally, Ms. Quagliata, Mrs. Holtkamp and Ms. Liz Binstock, a school social worker, created a morning meeting ENL group in which the students practiced mindfulness and participated in team building activities to work on not only language, but bridge gaps across different cultures.

The ENL students at West Hempstead Middle School work in a center's instructional model to develop their listening, reading, writing and speaking. This year, Ms. Candice Walker had two ENL students inducted into the National Junior Honor Society, three students received the #RamPride Award aligned with the Habits of Mind, and this month, the ENL students are preparing a virtual tour for the incoming grade six ENL students. They will hold a question-and-answer session to discuss everything about the middle school. The students who are creating the videos took on the different roles found in the film industry and practiced their English language in authentic ways.

Lastly, the ENL teachers of Ms. Madeline Valencia in the science classrooms at West Hempstead High School began the implementation of the Amplify Science curriculums to prepare students for Regents level Living Environment. Students take part in phenomenological science learning and hands-on inquiry-based lab experiments. Additionally, Ms. Valencia’s ENL students, in preparation for Literacy Night, curated book recommendations on books students read in English or from their home countries. The students shared their responses on FlipGrid. Next, Ms. Lili Ferguson-Barakat also had her students create material for the Literacy Night by sharing presentations all about their home countries. This year, Mr. Nicholas DiBenedetto had his senior ENL students create children’s books about foundational American democracy. The students had to use the information learned throughout the semester to illustrate and write books that will be shared with Cornwell Avenue and George Washington students. Additionally, students in Mr. DiBenedetto’s U.S. History and government class created a virtual Black History Museum, which was featured on News 12 Long Island.

Ms. Lisa McCarthy and her ENL students at the high school began to curate their resources of algebra by using Padlet to share their knowledge of key algebraic concepts. Three senior ENL students also received the New York State Seal of Biliteracy in which they were required to pass rigorous academic qualifications and present in both English and Spanish or English and Italian. This is the first time the West Hempstead ENL Department had three current graduating ENL students achieve this high honor. Students will receive this designation on their high school diploma and will receive regalia for wearing on graduation day.

The West Hempstead School District commends the ENL department on its growth and success over the past two years. 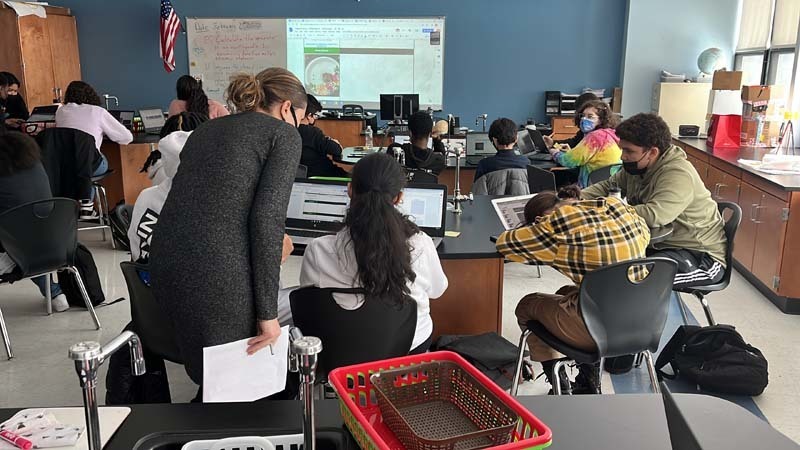 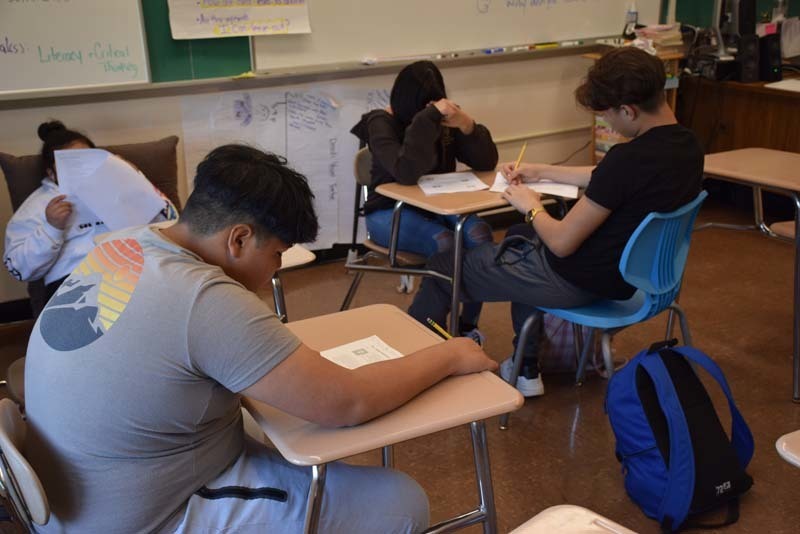 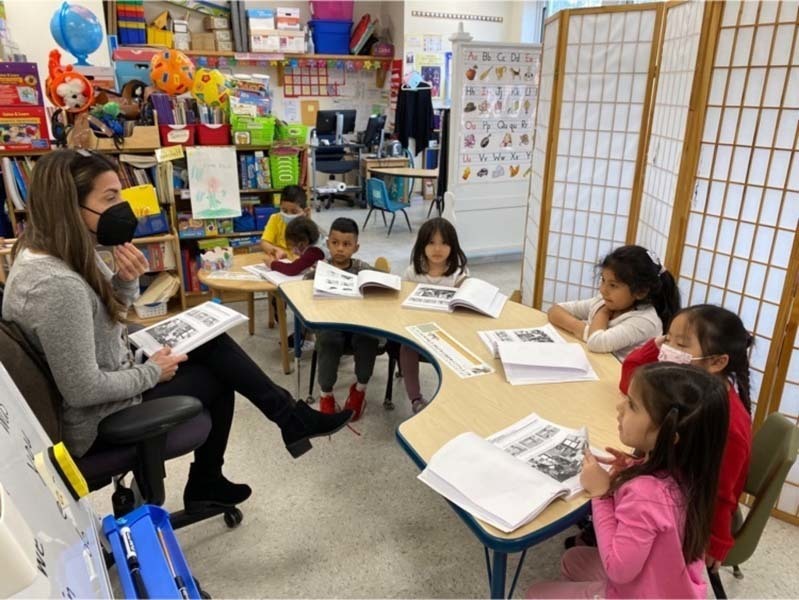 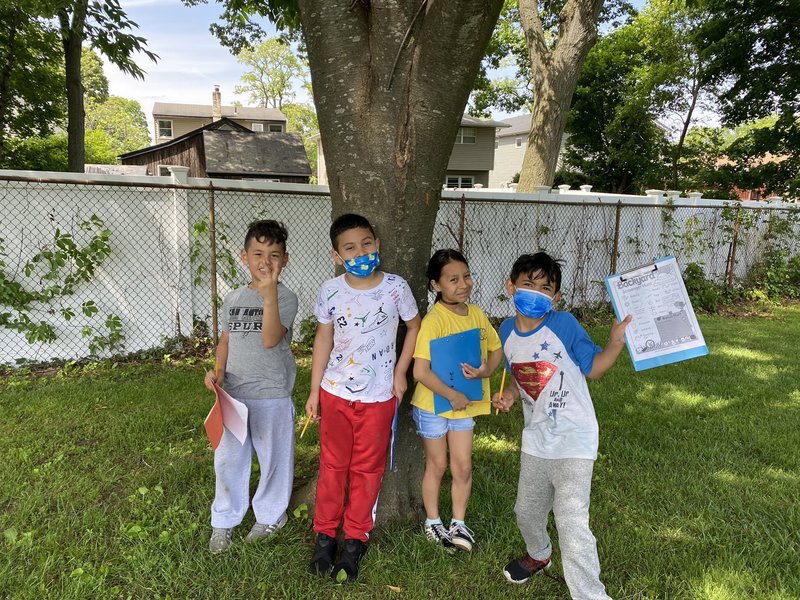 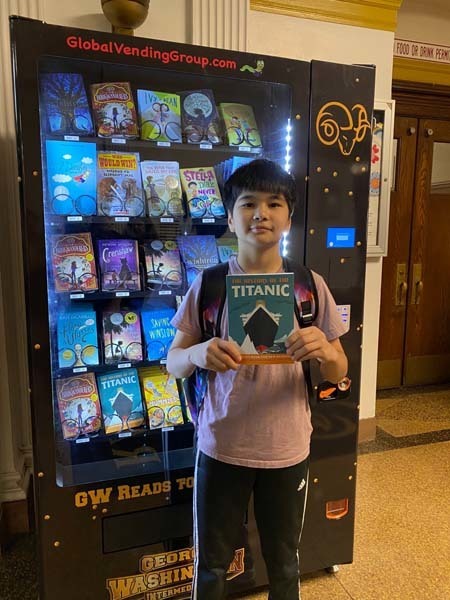