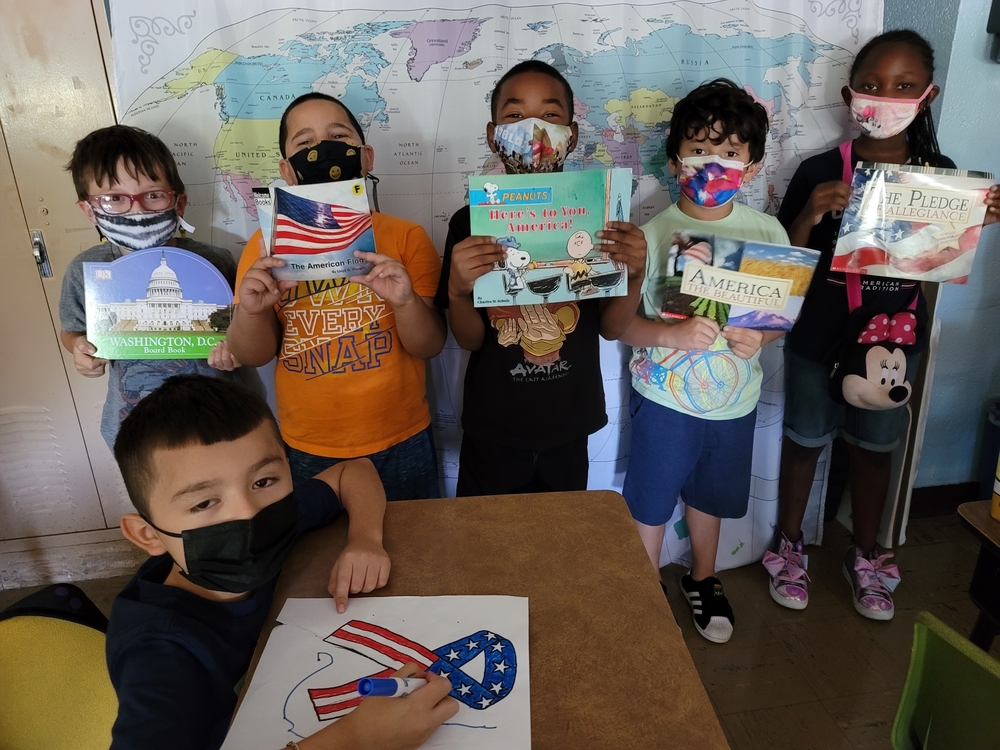 On Sept. 10, students throughout the West Hempstead School District took part in several activities in recognition of Sept. 11, 2001, and in honor of the thousands of lives lost that day.

The district’s youngest learners at Chestnut Street watched a special video on “finding the helpers,” geared at teaching children that there are many people they can turn to during difficult times. Principal Faith Tripp also quoted Mister Rogers to the students telling them, “Look for the helpers. You will always find people who are helping.”

At Cornwell Avenue School, second grade students engaged in a 9/11 inspired gallery walk. Students answered the essential question, “How can studying pictures of the past teach us about history?” Students posed questions about what they saw and discussed their questions with partners. Cornwell students also created an illustrated quilt piece that will become part of the school’s “heroes quilt” honoring those who lost their lives on Sept. 11, 2001, as well as those who helped on that day.

At George Washington School, students paused for a moment of silence, followed by the National Anthem, performed by music teachers Chris Lovaz and Taina Brantley. In addition, students engaged in read alouds and watched videos throughout the day, followed by discussions of the events of Sept. 11, 2001.

West Hempstead Middle School students observed the day with an extended moment of silence and memoriam during the morning announcements. Social studies teachers led conversations with students about the events of that day, and students completed a chart about what they have learned about 9/11.

At West Hempstead High school, students also observed a moment of silence and took part in lessons about 9/11, as well as engaged in various self-reflection activities. The high school also recognized the community’s first responders during the football game on Sept. 11.