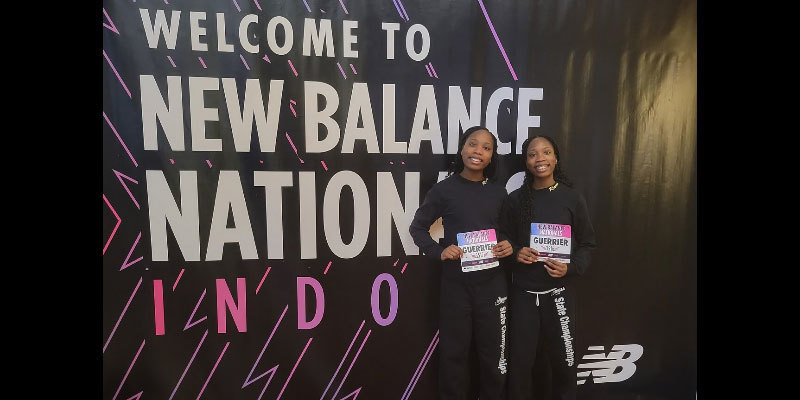 Twin sisters, their dedication and hard work were exemplified by the number of awards and honors both students received. Victoria finished her winter season with All Conference honors, Nassau County Class C Champion, earned All-State honors and finished sixth overall in New York State for the 600m dash. In addition, Victoria was recently highlighted in Newsday as one of Long Island’s Top 25 girls in Track & Field.

Gloria had an equally noteworthy season as she earned All-County honors for the 600m dash. Gloria also competed at New York State Championship as a member of Nassau County’s intersectional relay team, where she earned All-Federation honors.

Both students had incredible seasons which led them to qualify and compete at the New Balance Indoor National Championships, where they ran against the fastest High School students in the nation for the 400m dash. The Guerriers plan to continue their success in the spring season.